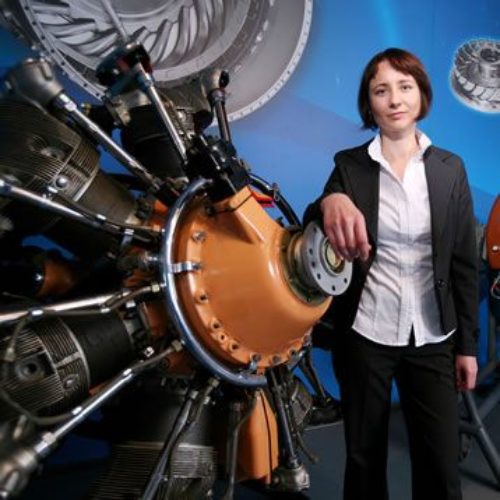 In many departments of WSK PZL Rzeszów (UTC - United Technologies Corp. Group) working time is settled by a breakdown into projects in which the employees are involved. Since June of this year, the company has been using a tool developed with the help of BCC (since 2018 SNP Poland), which makes it possible to automatically check and compare the actual working time of the employees with the working time from a project perspective. The tool is currently utilised in over 600 projects, and the applications are used by nearly 300 employees.

A change in the ownership structure in 2002 initiated some profound changes in WSK PZL-Rzeszów. These are mostly related to the optimization of the organizational, technological and technical level of the company. WSK PZL Rzeszów is a good example of a company which operates within a large international corporation, and develops its manufacturing activity, not only because of the lower production costs, but also by exploiting other potential in the region.

Project Approach is a modern management strategy than enables a company to optimize the efficiency and profitability of projects. From another perspective, project management also requires re-defining the roles and tasks of an employee. As a project team member, he becomes more responsible for the project’s results, his competence can be utilized more efficiently and he can manage his own working time more independently. In the case of human capital management, from the company’s perspective, Project Approach is connected with scheduling and the settlement of working time with a breakdown into particular projects.

Project Approach enables a company to optimize the efficiency and profitability of a project. From another perspective, project management also requires re-defining the roles and tasks of an employee.

Project for the settlement of projects

WSK PZL Rzeszów has been using the SAP HR system since 2004. In 2008 the solution was extended with the Training & Events Management and PD (Personnel Development) modules. In the same year Time Evaluation functionalities were implemented using Time Manager’s Workplace.

Despite the broad scope of the implemented SAP HR solutions, the company did not have a tool enabling it to automatically check and compare the actual working time of employees with the working time with a breakdown into projects.

The settlement of working time spent on projects was performed using an external application that was not integrated with SAP. Data from each of the solutions had to be analysed manually, which, given the large number of projects being carried out, and the people involved, was time-consuming and risked incurring errors.

Between September 2009 and June 2010 works were carried out to create a tool enabling the settlement of working time spent on projects, integrated with SAP HR. SNP was WSK PZL Rzeszów’s partner for the project.

As mentioned above, the overarching goal was integration with SAP. A natural consequence of the decision was the creation of a solution in SAP, which would enable a direct exchange of data between the new application for recording the working time spent on projects and SAP HR, including, in particular, the time evaluation results.

The Solution consists of three modules:

All modules are consistent, which means that the information on projects defined in the project management module is used for the settlement of time spent on the projects.
The solution is available from a web browser and integrated with SAP HR, delivering a user-friendly working environment and data to other HR components, for example payroll.

Project list functionality is used by the company management and the project managers. The tool supports the process of project definition and execution. The system enables the tracking of project elements in one place – from the maturity of execution, project resource load to the assignment of tasks and roles to employees. Those projects which are created and accepted may be used for the settlement of an employee’s working time on a given day.

The basic benefit of the functionality is to save working time which results from quick access to key information and the automation of the project registration. The system checks the correctness of the data (for example, the possibility of adding employees to a project only in accordance with the organizational and project authorizations), which, in turn, helps to avoid human error. It also offers measurably substantial benefits connected with optimizing the organization and increasing work performance.

Settlement of the working time spent on projects

Using mechanisms provided by the application, the employees register the time spent on each of the projects. Working hours in a day are split into several projects; however, sometimes the entire day is spent on one project.

The employee who records the working time has to determine the project he worked on and for how long. The system suggests a list of projects the employee can choose from; the list contains active projects the employee has been assigned to as a member of the execution team. When planning the project distribution, a user can see the data from the SAP HR system, such as the planned daily working time and (if completed) the time evaluation results as well as overtime, absences and the recovery of lost working hours.

One of the basic tasks of the solution is to check the data entered by an employee. The system ensures that the registered working time does not exceed the standards. It checks if the total working hours registered for projects for one day are the same as the values of the accepted working time in accordance with the time evaluation results in SAP HR. Embedded control mechanisms ensure that the number of hours entered for a project does not exceed the project budget.

Each day is assigned a status that determines if the settlement of the time spent on a project on that day has been correctly defined. There are three kinds of statuses:

Although this part of the solution is used mostly by the employees engaged in projects, it also contains additional functionality for the management, which enables them to accept time settlements on projects for the entire department without accessing the schedules of the employees.

The Recording Absences module is tightly integrated with the settlement of working time by SAP HR.
When adding a new request, the user is presented with information on the working time settled on that day – balance passes, overtime and days to use. The acceptance request creates an automatic record in the system and triggers the time evaluation; at the same time working time balances are updated for a given user.

As part of the solution for WSK, additional reports have been defined enabling managers to track the efficiency of each department, group or even single users. The reports allow for project analysis, providing detailed statements of the hours registered for the projects. It is possible to select all hours with regard to the day and the employee.

As part of the system for settling time spent on projects, additional statistics have been created, with the following indicators:

Self-service through the web

This tool in WSK PZL is currently utilised in about 600 projects, and the applications are used by nearly 300 employees. In September, a system roll-out started for the subsequent organizational units of the company.

The application is available for everybody under one common web address. The logged users can access selected tabs and functions in accordance with the implemented authorization system.

The automation of attendance and absence registration on the basis of the agreed assumptions, and the integration of the work time management in projects with SAP HR and time evaluation (SAP TE) have made it possible to optimize the tasks of all working time managers and the elimination the risk of errors.

The application for work time management from a project perspective is of great value for project managers, time managers and employees participating in projects. From a broader perspective, the information on project profitability and resource allocations can be used to manage risk (from a project perspective) and the efficacy of company activity. For the management, the system facilitates the project management process, providing mechanisms for planning the appropriate distribution of time spent on projects.

For other employees it is a schedule by which they may directly access the tasks and execution times that are part of their responsibility.

Looking further it is also possible to manage remuneration by splitting it into projects.

WSK PZL Rzeszów SA is a company which manufactures aircraft components and complete engines. The company manufactures, among other things, compressor housings, combustion chambers, turbine vanes and blades, as well as aircraft engines: reaction engines, turboshaft engines and turbo-propeller engines. On 11th March 2002 WSK PZL-Rzeszów became part of an American corporation, United Technologies, which has been associated with such companies as Pratt & Whitney, Hamilton Sundstrand, Carrier, Otis or Sikorsky. 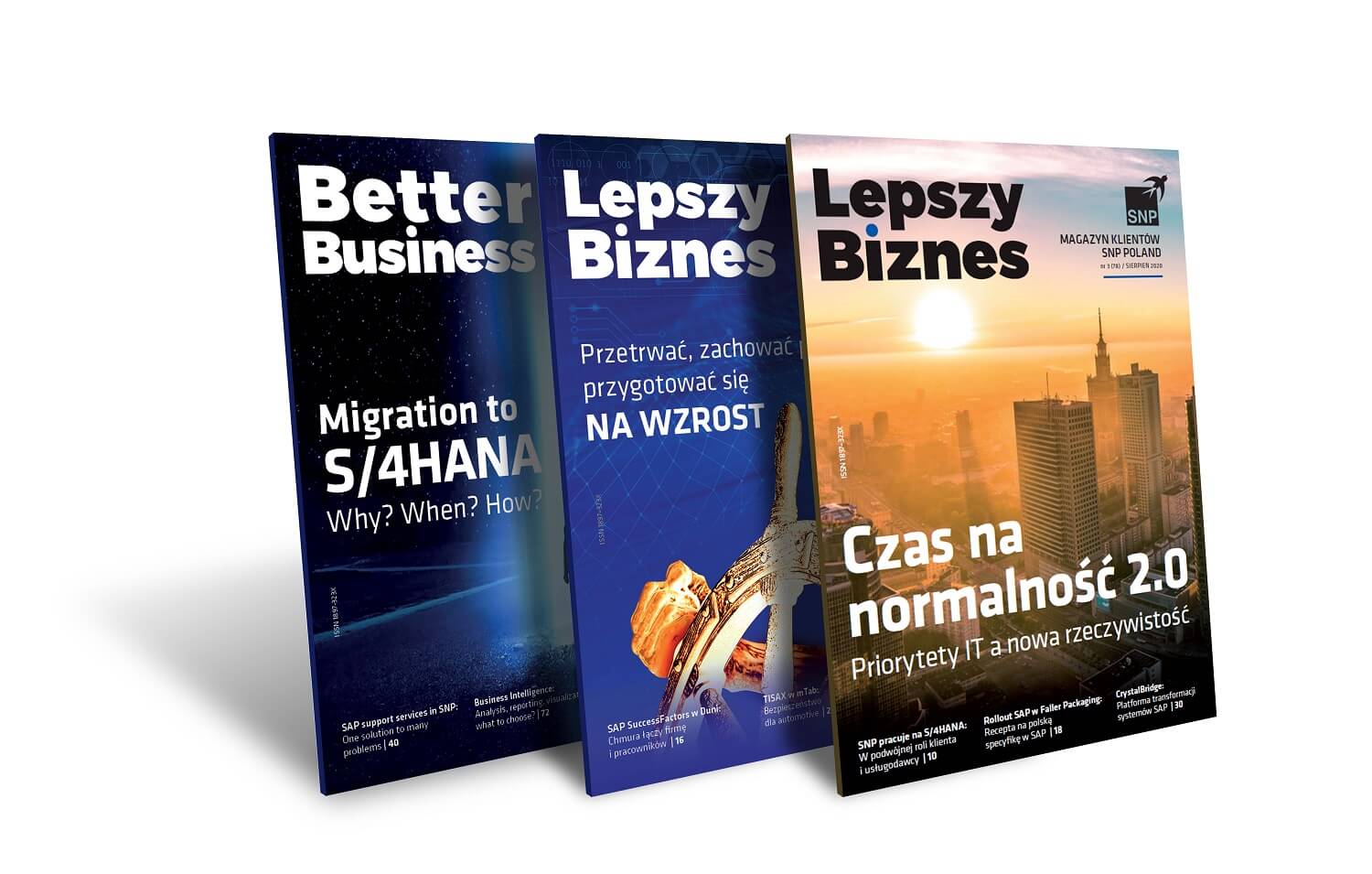