A private cloud for SAP | All for One Poland
Search engine

Żabka: A private cloud for SAP 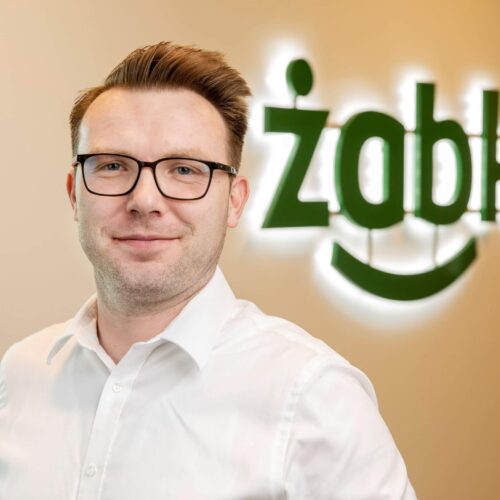 For the Żabka Group – the most rapidly growing chain of modern convenience stores in this part of Europe – the security, reliability and efficiency of IT services are extremely important. Żabka uses many tools and systems to respond to business needs. One of them is SAP, which – thanks to cooperation with All for One – has been migrated to the private cloud.

The SAP system of the Żabka Group supports more than 8,400 stores, 7,000 franchisees and 38,000 accounting documents daily. Monthly, that’s as many as 200 million accounting items. SAP in Żabka’s technological ecosystem interacts on a daily basis with other tools such as Snowflake, Salesforce, Azure and store systems.

To ensure the business continuity as well as adequate performance and scalability for the company, an analysis of the technical capabilities of the available public and private clouds was conducted at Żabka Polska in the second half of 2020. The analysis was conducted in connection with the end of the support period for the previously used hardware platform. After analyzing the results, Żabka’s team decided to choose a private cloud. Such a solution was considered optimal for further maintenance and development of SAP and supporting systems. Żabka chose All for One Poland as its implementation partner.

Based on the functional requirements specified by Żabka’s IT team, All for One consultants prepared a detailed implementation project comprehensively defining the target environment in the infrastructure area – from the arrangement of devices in racks to data replication mechanisms in NFS/VM areas. The SAP systems architecture design was prepared by Żabka’s team of experts with the support of an experienced All for One consultant.

At the hardware level, the solution was entirely prepared in a high availability architecture. All possible device components were multiplied, and the entire platform – distributed between two remote data centers.

The computing power of the cloud was provided by several dozen servers delivering a total resource pool of 75 TB RAM and more than 1,700 processor cores. High-performance, scale-up and scale-out HPE Superdome Flex modular computing platforms, certified as SAP HANA TDI (Tailored Data Center Integration), were used in addition to other infrastructure components. The solution allows for the operation of SAP HANA systems of up to 24 TB.

It is worth emphasizing that such high performance was achieved with disk-level data encryption enabled. In addition, a data reduction (compression and deduplication) mechanism was configured for selected LUNs. This resulted in a several-fold increase in effectively available disk space relative to the total net capacity of the disks themselves.

Connectivity between the individual infrastructure components required about 350 optical fiber crossovers (32Gbps FC and 25Gbps Eth) and about 150 electrical crossovers (management interfaces, heartbeats). As a result, each host obtained a combined bandwidth of at least 100 Gbps for the LAN and at least 128 Gbps for the SAN.

The entire infrastructure was filled with six rack cabinets – three in each data center. 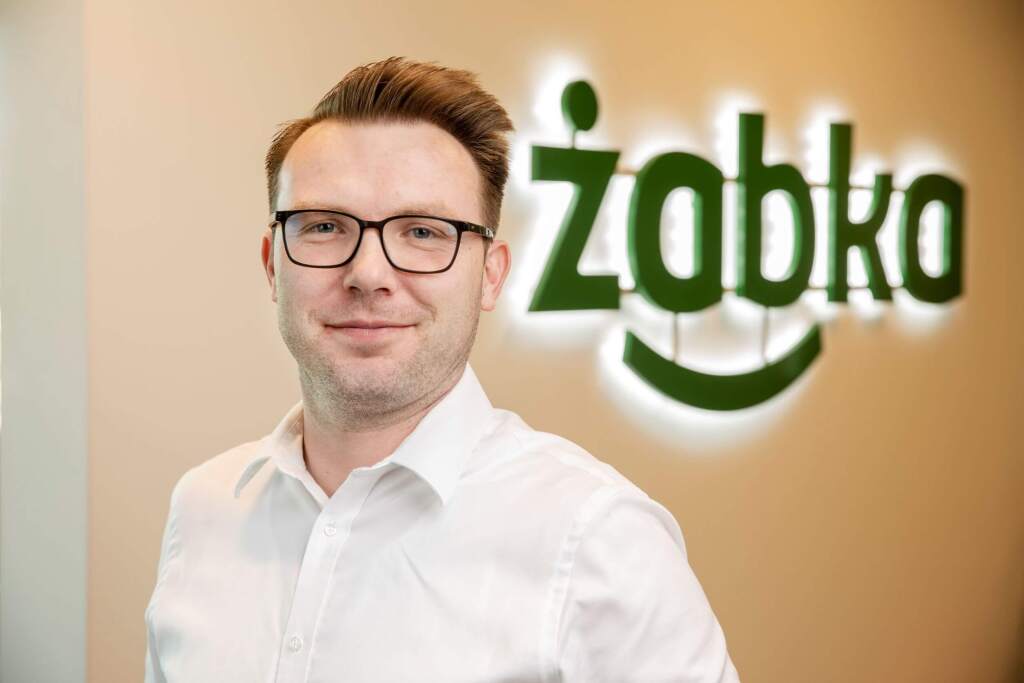 Technology as a business development platform

The aforementioned redundancy of all hardware components has ensured that the platform is very resilient to single point failures, such as the failure of the power supply, network interface, disk, switch, etc. What is important for business continuity, however, is a guarantee of reliability at the level of access to data and applications available in the private cloud.

To meet these requirements, a number of complementary solutions have been implemented, such as:

As a result, Żabka obtained a comprehensive solution, which, by design, based on the requirements handed over to All for One, is characterized by very high resilience to failures, and in case a failure already occurred (even at the level of unavailability of the entire data center), the availability of the systems will be ensured from a second location.

Failover mechanisms for SAP clusters in SLES operate in automatic mode. Mechanisms for Zerto or HANA System Replication are set in manual mode for conscious switching with full orchestration automating the switching of SAP systems. Switching multi-terabyte HANA systems within a cluster takes only a few minutes, while the net time to switch all systems to a backup data center is less than 15 minutes. It is worth noting that the entire landscape maintained in the private cloud contains more than 100 virtual machines, including more than 30 SAP systems.

The necessary complement to the functionality was the implementation of a backup solution for all systems maintained in a private cloud with database integration and its connection to the central console used by Żabka for other environments. The backup system components were separated from the production environment and built on independent servers and arrays. The scale of the solution is reflected by the available backup space – nearly 800 TB net (with more than 1.1 PB of RAW space), partially provided on flash drives to achieve the highest backup speed for key data.

The production launch of the private cloud was preceded by numerous performance and functional tests. A set of operating procedures was also developed in the area of the NFS and Zerto solution, and knowledge transfer was carried out for administrators taking over the maintenance of the platform from the implementation team.

Security and high availability procedures and mechanisms were reviewed with special attention. Dozens of Disaster Recovery scenarios – patchcord failures, switch shutdowns, shutdowns of all array controllers, failures of cluster nodes, interrupted machine replications, etc. – were tested in a running pre-production private cloud environment. Thanks to such comprehensive testing of business continuity plans, Żabka gained confidence that the entire cloud would behave properly in diverse situations that may occur during the following years of operation.

Confirmation of the fulfillment of the project objectives and formal acceptance of the implementation were the last steps before the start of the operation of the new environment by Żabka. 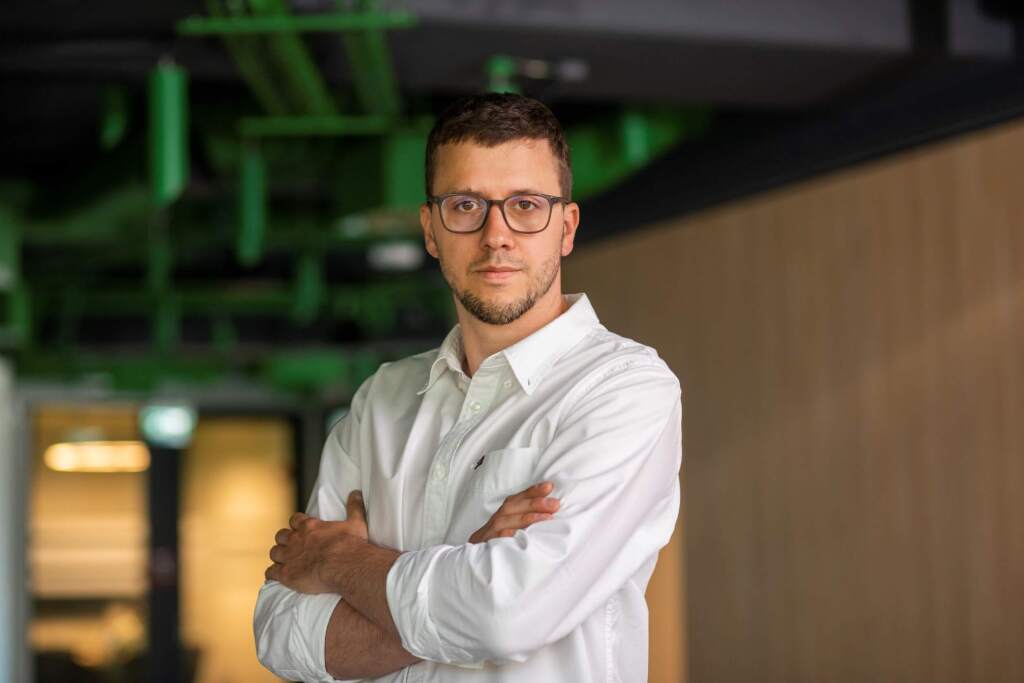 The SAP environment at Żabka includes several dozen systems in a few landscapes, including S/4 HANA with Retail, S/4 HANA, CAR, PO, Fiori, EWM. The number of operations in Żabka’s SAP systems exceeds the sum of annual operations in systems performed by most SAP customers in Poland. For example, the monthly growth of items in the ACDOCA table is 200 million records, and the data from POS systems sent to SAP CAR is more than a billion new records per week. Thanks to the new platform and the migrations carried out in SAP systems, we have seen an increase in performance of 30%, and in some areas reaching 300%.

The Linux and SAP environment for the virtual machines was created automatically by Żabka’s IT team, using Ansible and the Infrastructure as a Code approach. With the support of an experienced All for One consultant, SAP system migrations were completed within the planned short time of maintenance windows by setting up HSR replication from the old environment to the new one.

From the user’s perspective, the resumption of work on the systems after their migration to the private cloud was evident only in the increase in performance. From the perspective of the needs of the entire organization – a new level of reliability and an even higher quality of IT services supporting intensive business growth were achieved.

The project was carried out by an implementation team of about 30 people, at an average workload level of all parties amounting to 10 FTEs. The large number of people was crucial to ensuring a full range of competencies – technicians, system engineers, SAP Basis consultants along with an experienced project manager.

The essential part of the work – from the delivery of the first servers to launching production SAP systems on the deployed cloud – took three months.

Żabka obtained a scalable and highly available private cloud architecture. In the case of some of the hardware and software components used, this was the first implementation in Poland. This confirms Żabka’s place as a pioneer in the use of state-of-the-art IT technologies, open to using available solutions to strengthen its position as a leader in the modern convenience market.

Żabka Polska Sp. z o.o. is an owner of the fastest-growing convenience store chain in Poland and one of the most dynamic formats in the world, opening more than 4,000 new stores in the years 2016 – 2021. About 15.5 million Polish consumers live not more than 500 m from the nearest Żabka store. As part of its responsibility strategy, Żabka has undertaken commitments in the field of good nutrition, services that facilitate sustainable living, entrepreneurship development, diversity and inclusive organizational culture, corporate governance, as well as decarbonization and circularity.

All for One BDO Waste trade recording in SAP