SITECH: You will go far if you sit comfortably 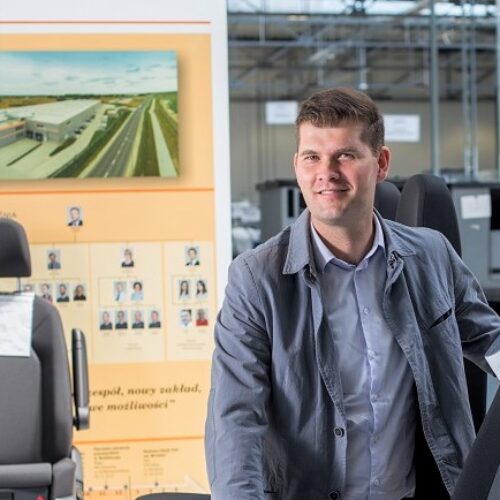 In August 2016, SITECH, a subsidiary of Volkswagen AG, opened the third production plant – after Polkowice and Głogów – in Poland in the vicinity of Września (Wielkopolskie province). The rollout of SAP systems from the Polkowice plant to the new branch was supported by BCC (now All for One Poland).

The plant in Września is the first one in Poland to produce complete seats for Volkswagen Crafter commercial vehicles. The seats are delivered to the customer in the Just-In-Time and Just-In-Sequence system, which means that they are delivered at the set time and in the right sequence directly to the production line. The planned annual production is about 100,000 sets of seats. To meet the delivery deadlines, the 5,000 sqm shop floor was located next to the Crafter Volkswagen Commercial Vehicles plant.

Since the beginning of its operation in Polkowice, SITECH, like other companies from the Volkswagen Group, has been using SAP systems, successively increasing the range of supported functions and processes. Over the years, the development of new production technologies was followed by the development of SAP systems. With the support of BCC, project management and investment management (PS/IM), materials management and procurement (MM), production planning (PP) and plant maintenance functionalities were implemented among other functions for selected production areas.

The new project included the creation of the SAP rollout concept for the newly established Września Plant Branch in Chocicza Mała. It was assumed that the establishment of a new branch would not require the definition of a new business unit in the SAP system, since the new branch is an integral part of SITECH. In legal terms, in the SAP system, the Września Plant has only a “separate employer” status; it is not a new legal entity. The SAP system is represented as an additional plant. The concept focused mainly on differences in functionalities in relation to the plant in Polkowice.

It was not difficult to choose a company for this project. We have been working with BCC (now All for One Poland) for many years in various SAP projects, says Piotr Nowak, IT/ERP specialist, who coordinates the project on the part of SITECH Sp. z o.o. The rollout to Września had to be fast, so the partner who knew the company well was the best choice. As a result, we did not need time to get to know the architecture of our SAP systems and we could go straight to the concept of a new project.

The plant under construction, the system on standby

The project work on the rollout of SAP systems to the new location was carried out in parallel with the construction of the plant. It began in December 2015; in March 2016, integration tests were performed and the factory started working with SAP systems in June of the same year. The rollout started with the HR system and it was carried out independently of the other areas. The concept was based on the HR rollout from headquarters to a branch in Głogów carried out 3 years earlier.

BCC provided support for a wide functional range of the SAP system: FI/CO, SD, PP, MM, WM and additional interfaces. The challenge was not only the short implementation time, but also Volkswagen’s specific requirements related to a new type of deliveries.

The production in Września is the JIT manufacturing with sequence synchronization. The synchronization with manufacturers’ plans requires high accuracy when planning the delivery of specific materials in a predetermined quantity and sequence for a given customer (car manufacturer). The new method of delivering seats required by Volkswagen Commercial Vehicles was to SITECH a production challenge, which had to be followed by the adjustment of individual modules in the SAP system.

Characteristics of the Just-In-Sequence (JIS) strategy

Requirements for VW Crafter seats are reported by VW according to the Just-In-Sequence (JIS) strategy. In this cooperation model, the customer reports a forecast of requirements and a schedule of expected deliveries several weeks in advance. This information is necessary for SITECH to generate requirements for its own suppliers.

The two key messages in the SAP system of SITECH are: R100 (open production order) and M100 (approved production order) respectively 5 days and 8 hours before the actual date of assembly in VW. The R100 message is a kind of a requirement-related advice note that is binding in 99%. It has a sequence number and a car number. It can be used as a basis for starting production in emergency situations. In addition, SITECH is able to detect shortages of parts. In this case, SITECH contacts VW Września in order to modify the production plan. The R100 message is not repeated, modifications are included in the M100 message.

The M100 message is an actual call for VW to deliver parts (seats) for individual cars. On its basis, the production process is started. It is used as a basis for printing the so-called baukarte with which an employee can collect the right parts.

The SAP system at SITECH Sp. z o.o. Września Plant Branch in Chocicza Mała was integrated with: the VW system, from which messages are sent, the SAP PI integration system and the production system of SITECH, which receives specific production orders and fulfills them.

SITECH, Września Plant Branch in Chocicza Mała employs currently ca. 80 people, 20 of whom are SAP system users. Of course, when the third shift is introduced in the plant, the number of system users will increase. Also for them, SITECH decided to use the application management service. For many years, we have been using the SAP application management service provided for us by BCC,” continues Piotr Nowak. This is great support for us because we can always count on the help of experienced consultants. 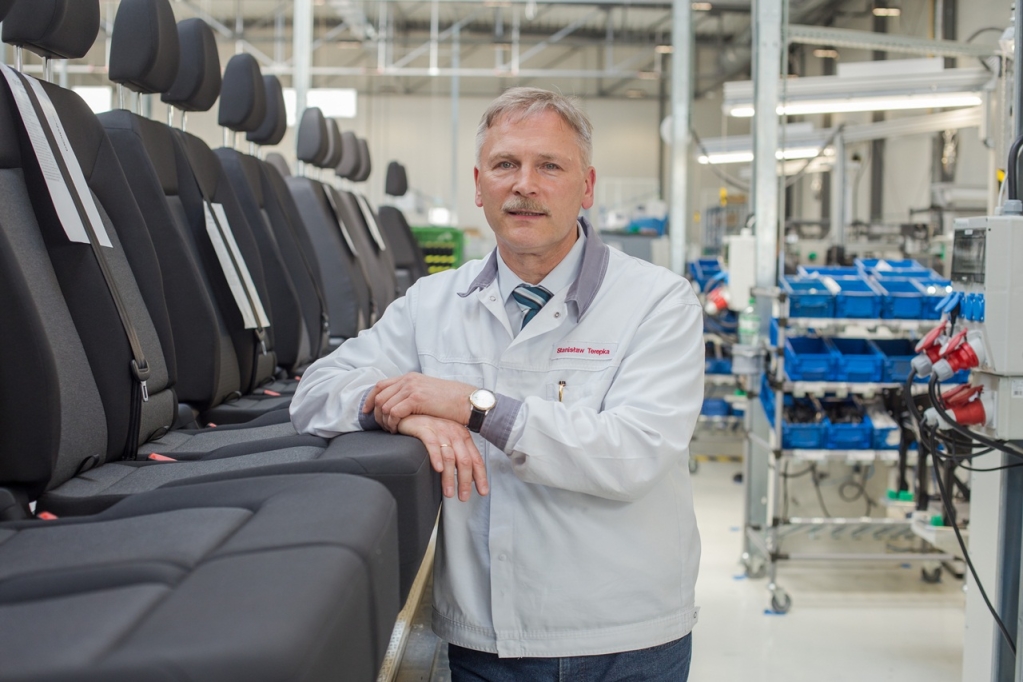 Well designed IT solution
Since last autumn, the production of car seats in Września has been growing from week to week, and thanks to well-designed IT solutions, a new VW Crafter seat meeting specific requirements is produced within 8 hours among three and a half thousand finished products that SITECH has in stock. The target daily production is 376 cars, for which SITECH must deliver every 3 to 4 minutes ready seats for three points of the bodywork on the assembly line of the customer – Volkswagen Commercial Vehicles. In order to meet these requirements, we attach special importance to the development of our employees’ qualifications.
The best systems and equipment are operated and developed by employees and the success of our plant is up to them. The training process covers all employees regardless of their functions, and starts several weeks before they start working independently. The training is conducted both in our plant in Września as well as in Polkowice and in the factory in Germany.
Stanisław Terepka, SITECH Września Plant Director

SITECH Sp. z o.o. is a company owned by Volkswagen. It specializes in the production of metal car seat frames for selected models of cars such as: Volkswagen, Audi, Volkswagen Commercial Vehicles, Skoda, Seat and Porsche.
In Poland, SITECH has three production plants: in Polkowice, Głogów and Chocicza Mała near Września, where since autumn 2016 complete seats for the new VW Crafter have been produced in the Just-In-Sequence system.