ACP Pharma: SAP in finance of a capital group 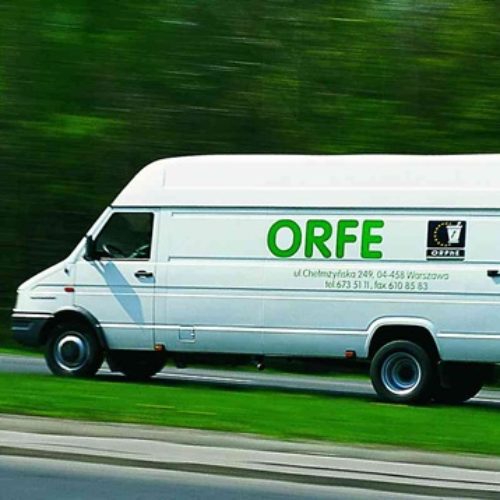 ORFE aims at achieving in next years the leading position in pharmaceuticals distribution in Poland. With this view it seeks to expand the range and area of operations and improving the quality of service using the state-of-art technologies.

The basic aim of SAP system implementation in  ORFE group was obtaining an additional competitive advantage in the market of pharmaceuticals distribution, through improving finance management within the whole group.

The choice of SAP, that in the long run is expected to become a tool supporting management not only in ORFE S.A. but also in the capital group, was con-nected with a favorable estimation of the possibility to expand the available management data, mainly in deep analyses and reports based on reliable and up-to-date financial information.

The choice of an implementation company was determined by its expertise in SAP implementation and  the completeness of the offer. In July 2000 the group signed a contract with BCC (since 2018 SNP Poland). Apart from implementation service the contract provided the delivery of the hardware platform for the system.

Implementation works in ORFE SA started in July 2000 and ran according to the methodology of SAP implementation used by SNP. The stage of project organization included preparing the project standards, namely the chart and regulations; defining the composition and load on particular members in working teams and preparing the necessary resources (e.g. rooms for teams).

The next stage, concept design, was devoted to  training in system functionality, within the implemented range, defining functions processes and putting their descriptions in a module ‘Concepts for SAP system implementation’.

Stage three, the prototype realization, involved creating a prototype and configuring SAP system on the basis and according to the previously defined concepts. Besides configuration works, that stage also included intramodule and intermodule tests.

November and December 2000 were devoted to preparing the system’s productive start. That meant preparing and entering master data, training end users from the manuals (prepared during the stage “preparation to real work’). The productive start in ORFE SA took place in January 2001.

According to Julian Brzozowski, project manager for ORFE SA:
‘The success of SAP implementation in ORFE SA was made possible thanks to a great commitment of ORFE employees who joined their everyday duties with additional load of participating in the project. Their commitment and the knowledge of BCC consultants resulted in the project success’.

SAP implementation in ORFE gave the company a modern tool to work in world standards of finance management. The information entered into the system in one of the modules is immediately available in other ones. As there is one place of storing data, there is no possibility of data inconsistency between modules.

The implementation of the system facilitated the processes of implementation and improvement of procedures, rules and practices extending the management functions such as controlling, high-standard internal audit, defined by standards observed in the units of OPG holding.

In finance accounting SAP enables keeping accounts according to different standards and flexible recording system in many currencies. Also fixed assets are recorded by various standards and the process of recording is now more efficient and automatic.

In controlling area the SAP implementation enabled to work out the devices for multi-dimension profitability analysis and operational costs analysis. Thanks to the possibility to flexible creating multi-dimensional reports at any moment it is possible analyze data on company operations.

The implementation also supported the introduction of united standards of running the processes and parameters of management and financial information.  It helped reduce the operational costs of separate units of the capital group. Together with SAP implementation in next units of the group the standards will result in the increased efficiency and financial result of the whole group.

It was vital to ensure the data flow from SDO system (that services logistics processes in ORFE) to the finance module of SAP. The SDO system,  created specifically for ORFE needs, has been for years and successfully supporting supply,  purchase,  sale and distribution, meeting the specific needs of pharmaceuticals industry.

A significant number of data from SDO system and their high complexity resulted in creating a solution that takes the data in an electronic form with the use of electronic documents (IDOC).

This helped to make the logistic data flow to the area of internal and external reporting fully automatic.

The used hardware solution guarantees the stability and full security of the system functioning. The optimal configuration of the hardware ensures appropriate efficiency in working with the system.