mySAP HR implementation | All for One Poland
Search engine 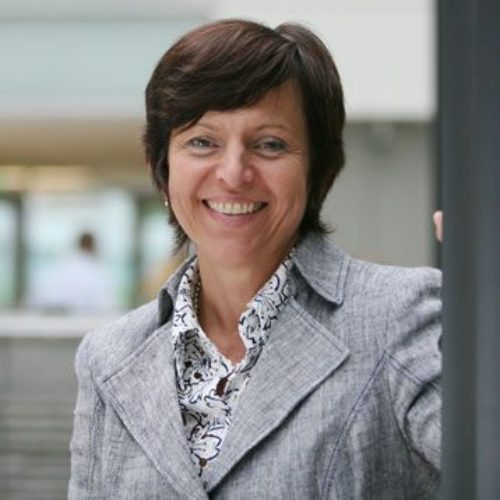 In a large and scattered organization human resources management has a great impact on company’s efficiency. That is why in the biggest trade company in Poland mySAP HR implementation was a project of high priority.

Metro Group includes chains of Makro Cash & Carry depots, real,- markets and construction Praktiker markets. There are over 80 outlets in Poland, which employ over 16,000 people.
Metro Group is seated in Germany, so many management standards are transferred to units in other countries. This was the case with SAP corporate solution in finance, which has been used in Poland by some chains for a few years already.

In order to implement Best Practice in human resources management, on the basis of its experience Metro corporation prepared the so-called Common Template, a business and IT model widely supported by mySAP HR.

Common Template is a starting point for introducing improvements in human resources management in Metro units, and it also includes corporate standards of homogenous reporting.

The first chain in Poland to implement mySAP HR according to Common Template was Makro (the implementation in 2001-2002, carried out by BCC, now All for One Poland). Interestingly, Poland was the first country where Makro chain started mySAP HR, and experience  from the Polish project was used in Makro units in other countries.

Now other Metro units in Poland have joined Makro. From January 2005 mySAP HR has also been used by real,-, Praktiker, and other Metro group units:

A project unique in its scale

Implementation works in real,- and Praktiker, which started in June 2004, covered areas of: personnel administration, time management and payroll.

Norbert Brandt, project manager for Metro Group and HR director in Praktiker Polska, comments:
”Owing to its scale and complexity of the organization the project was very demanding both for us and BCC consultants. Creating a solution for time planning, which is done in dozens scattered locations, was a big challenge”.

mySAP HR was to be used by more than 80 users from personnel departments in the headquarters and stores all over Poland as well as more than 100 section managers in 17 locations. For them BCC prepared an original application for planning and controlling employees’ work time.

An additional difficulty was also the fact that the units – real,-, Makro and Praktiker – have separate finance and accounting systems in SAP (FI/CO), and the implemented mySAP HR is a solution common for all the chains. FI/CO and mySAP HR systems are also physically separate installations, as accounting and finance solutions are installed on servers in Poland, while mySAP HR is in Germany.

Part of Metro group responsible for IT Project – MGI Metro – also participated in the implementation works.

“mySAP HR implementation in Metro was a big-scale project of high internal priority. Thanks to implementation methods used by BCC (now All for One Poland), the involvement of MGI Metro employees was reduced to the necessary minimum. Good cooperation made it possible for us to participate in the project and at the same time perform our basic duties, which are connected with ensuring all the IT infrastructure in good condition in all Metro group”, said Krzysztof Mąkolski, financial director in MGI Metro.

The deadline of such a complex project was a real challenge (less then 7 months). Projects on such scale, carried out in Metro Group units in other countries, often took much longer.

”It is a world record race. Colleagues from Germany look incredulous, so we have no choice, we must succeed!”, said Martin Ender, real,- Board Member and the chairman of the Steering Committee, at one of its first meetings.

Małgorzata Kulis, payroll department manager in real,- chain and manager of one of implementation teams in Metro, estimates that intense implementation work brought on the expected results:
”As we planned, productive start of mySAP HR in real,-, Praktiker chains and other units was on 1 January 2005. According to the schedule, in January and at the beginning of February we generated and posted payrolls for almost 10,000 employees of the units covered with the project”.

Including Makro, in all Metro Group mySAP HR has now more than 200 users.

”By joining the employees’ commitment with experience and knowledge of the BCC team, we succeeded in obtaining an efficient HR system, meeting our needs and high requirements”, said Norbert Brandt.

Why is HR so important?

Norbert Brandt points out:
”In an organization of such a scattered structure, with so many employees, the efficiency of personnel management is to a large extent reflected in the profit or loss of all the company.”

How is it possible? For organizations such as Metro ensuring smooth information flow and unified standards and procedures are of vital importance. Implementing mySAP HR, which is a fully integrated system, which gives comprehensive support to HR management, means a significant progress in this area for all Metro Group.

Magdalena Stalpińska, HR director in real,- the biggest chain of Metro Group in terms of the umber of employees, estimates:
”Now we have smooth and immediate access to all necessary HR data. The data introduced in various markets are visible for the headquarters at once. His enables to create reports according to the current state, with no delays. Thanks to mySAP HR we have taken a large step in human resources management and our everyday work has become more effective”.

Common mySAP HR system limits the possibility of various mistakes in HR processes in individual locations on various levels of the organization. Control mechanisms, defined in the system, support users in checking the appropriateness of the introduced data, which results in less time spent correcting them in future.

An example of such control is no possibility to employ a person in a market if the headquarters did not defined a new vacancy. The system gives a significant support to managers planning their subordinates’ work time. An original BCC application for work time planning via the Intranet checks the compliance of the planned time with the provisions of the Labor Code.

This functionality is important because department heads are not usually specialists in labor law. Without such a solution the load of checking the time-tables would be on the employees of the personnel department.

Implementing mySAP HR was connected with introducing unified HR procedures (like the manner of registering and settling work time; recruiting procedures; calculating and approving bonuses). As all employees of all locations use the same HR system, they must comply with the standards created during the implementation. Moreover, all changes to the procedures bring immediate effects in all the locations.

Using the same mySAP HR system for all Metro Group units gives an access to do global analyses and reports (e.g. analysis of time use, cost analysis). The system processes employees’ data from all locations, so fast analyses are possible on the level of all the organization, and not only in individual markets.

Maintaining IT systems supporting HR area is usually connected with a lot of work and expenses. All legal changes must be introduced immediately. In the solution implemented in Metro, one for all the units, the work load of system administration is considerably lower, and so are the costs of system maintenance.

Previously every change had to be introduced in a few HR systems, now changes in tax or social security (ZUS) areas, for example, are implemented only once. The effects of those changes are available immediately for all the users in all the units of the Metro group.
At the same time, using one homogenous system does not exclude changes introduced separately for every unit, like different algorithms of calculating bonuses.

Implementing mySAP HR and Common Template were connected with many changes in HR management in Metro. It was possible to avoid mistakes that occur in many companies during transferring corporate SAP solutions. In some companies best practices are transferred without regard for Polish legal regulations and conditions as well as often unique local experience.

An example of implementing such checked and tested corporate standard of Metro Group is unification of the rules of employee classification, work time (including absences) and payroll elements classification in regard to costs.

Such unification gives a comprehensive view of HR area from the corporate level. On Metro management level there is a common reporting system for all the countries. Implementing mySAP HR system made creating those reports much simpler. In the current solution reports are generated automatically.

There is no necessity to ‘dig out’ source data from units and spend time putting them together in a form approved by the corporation.

Corporate Common Template concept gives an opportunity to modify concern standards where it is justified. This concerns mainly payroll and some areas of personnel administration (like holidays and reports for ZUS). Those areas are so different in every country that it is impossible to include them into one common model.

During creating the concept and the prototype of the target solution in those areas, the knowledge of the members of Metro implementation team and experience of BCC consultants, supported with the subject and technical knowledge, played a vital role.

Norbert Brandt sums up the effect of the project: „The implementation allowed us to transfer to Poland the best experience of our corporation. We unified the standards of HR and payroll management in all units. Taking into account Polish management needs and the transfer of knowledge about mySAP HR, ensured by BCC, made us feel real owners of this solution.”

Bartłomiej Buszczak, BCC consulting director, estimates: „In Metro the experience of BCC (now All for One Poland) experts from other complex mySAP HR projects, like those in Orkla Press, came in very useful. We are glad that Metro Group, the biggest trade company in Poland, joined the group of many BCC clients using the best IT solutions supporting HR management.”

Metro Group is an international trade concern, operating in 30 countries in the world. In Poland Metro Group has been present through its distribution chains since mid-90s. Metro Group headquarters is in Düsseldorf, Germany. Metro Group is the biggest trade company in Poland in terms of turnover and employment. The Group owns Makro, real,-, Praktiker, Media Markt.