Case study: Harmonization of the chart of accounts in SAP 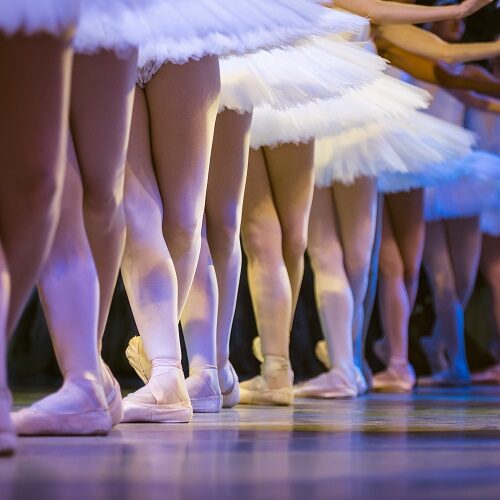 Legs of ballerinas dancing in ballet Swan Lake.
The goal of shared service centers is to reduce costs by eliminating duplication of processes and activities by employees of dispersed units and providing them from one central location. The prerequisite for its achievement is an advanced SAP transaction system and a far-reaching standardization of business processes of individual entities, including the use of one group chart of accounts. The projects of harmonizing the charts of accounts are not easy. That's why an experienced partner and a proven SAP Landscape Transformation tool are key.

SAP system harmonizations can be performed when a company is required to reorganize controlling facilities, merge business units, relocate plants, change the chart of accounts, etc. They are often forced by a change in the legal conditions in the country where the business is conducted, or by the desire to organize the data in order to increase the efficiency of reporting. They can also serve as preparation before another major system change.

SAP system harmonizations are characterized by a high degree of process complexity. They typically involve activities performed within a single, existing system. They assume the ordering of data according to certain rules, executed in an appropriate, strictly defined sequence.

In one of the international capital groups, SNP Poland (now All for One Poland) conducted a project of harmonization of Chart of Accounts for several companies, whose financial and accounting processes are performed in Shared Service Center. The purpose of converting several chart of accounts to one was to standardize processes and simplify financial statement analysis for companies in the region.

There were a number of benefits associated with using the SAP LT tool:

The first project meetings between SNP consultants and client staff were devoted to gathering basic requirements for the work. The project tasks were divided into phases. During the project, after each of the completed migration test phases, the detailed task plan was continuously consulted and adjusted to the reality.

One of the key elements of correct harmonization is account mapping – assigning a new target account from the group chart of accounts to the old source account. During the mapping operation, account control parameters at the level of the so-called segment A (tables SKA1, CSKA) and segment B (tables SKB1, CSKB) should be taken into account. At the analysis stage, there was a need to create additional real-time analysis support programs.

By using additional software to detect account mapping inconsistencies, it was possible to correctly map thousands of source accounts to the correct target accounts.

The account mapping process is associated with a high commitment of employees on the client’s side. Therefore, it is a good project practice to schedule recurring meetings to determine details, e.g., regarding G/L accounts and secondary cost elements.

The transformation tool checks the consistency of chart of accounts mappings:

Additionally, it checks the completeness of the mapping and allows you to answer questions:

The software provided by SNP Poland allowed for quick verification of consistency and completeness of the mapping during each test phase. In total, several thousand General Ledger accounts were mapped).

Conversion of chart of accounts

Due to the significant amount of data being converted in harmonization projects involving a large number of accounts, entities, and company codes, a major challenge of the conversion process is usually the time that systems are unavailable for production harmonization. In this case, the estimated conversion time using SAP LT in the runtime estimation step showed that the transformation should complete in up to 48 hours. The downtime of the production system was also scheduled this way. The use of additional test phases by our consultants to optimize the conversion process made it possible to shorten it. Ultimately, the entire account plan conversion process closed within 23 hours over the migration weekend. The detailed schedule of tasks, as well as the close cooperation of the migration team, contributed to this success. It is worth noting that the work was done remotely.

After the migration was completed, SNP (now All for One Poland) consultants were available to the client during the support period. During this time, bug reports were actively resolved. Consultants also took part in the closing of the billing month – this is a real test of the correctness of the conversion.

As a result of the project, one group chart of accounts was obtained, along with access to historical data (the data history was adjusted as if the company had always used one consistent group of accounts, the old chart of accounts remained only in the archive system).