SAP implementation | All for One Poland
Search engine 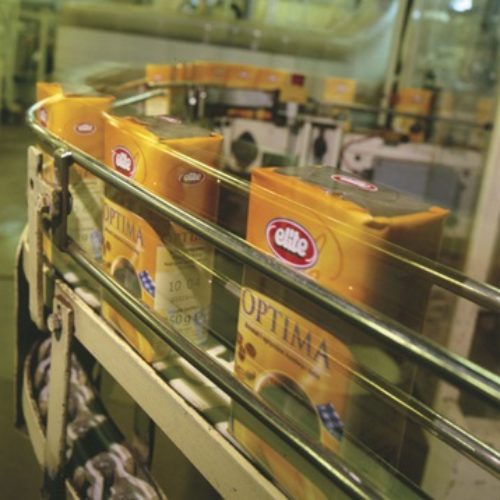 A dynamic expansion of the company, growing production and a very high increase in the customer number were the main reasons for the decision to implement an integrated IT system of ERP class. The IT solutions used so far turned out to be insufficient, especially weak integration of applications managing supply and sale with financial system caused  problems.

Why a preconfigured system?

SAP system is used  by units of an international concern Elite (with the seat in Israel), that owns the plant located near Poznań. As a regular, ‘classic’ SAP implementation would be highly involving and time-consuming for Elite employees, the company turned to BCC (now All for One Poland) to implement SPRINT.

SPRINT is a preconfigured SAP system prepared by BCC. Its aim is to start quickly in middle-sized companies. The implementation of SPRINT requires much less time of client’s employees than a regular implementation, as the employees inform about detailed requirements they have for the system, but they do not implement it and do not perform configuration works. SPRINT was the only offer of this type available in the Polish market of SAP solutions.

SPRINT was chosen also because the implementation costs were significantly lower and the time necessary much shorter than in a regular implementation.

Jacek Guner, director of the Elite coffee roasting plant, said:
‘Thanks to an in-depth analysis of the compatibility between SPRINT and our needs, carried out by BCC, we have been certain that this was a solution that meets our needs and at a moderate price’.

The implementation ran according to the methodology of SPRINT implementation. The project works started in July 2000 and covered the following functionalities of SAP: financial accounting (including e-banking), treasury, controlling, fixed assets accounting, materials management, sales and distribution.

In the second phase the essential works started. They were aimed at verifying a ready concept of the implementation and introducing identified functional changes with pointing out the necessary organizational changes.

The verification of the implementation concept proved the necessity of making the functional needs more detailed, while the organization of Elite turned out to be perfectly prepared to the undertaking, both to implementation works and to using the system. A significant element of this phase was also filling in data forms with information concerning Elite, such as the structure of cost centers, a list of partners and  product indexes.

In the third phase the prototype was realized by entering into the SPRINT preconfigured system the changes resulting from modifications to the concept and automatic reading of the data  from forms.

The fourth phase consisted in tests that verified particular functionalities and the integrated working of the system. This action gathered in one test room behind the computers all people responsible for  system working.

Testing the prototype enabled to start in phase five the training of the system end users on the basis of verified manual books of end users along with pre-paring the system to work. The end of phase five meant both that the system full of actual data was ready to start and the users were prepared to work with it.

According to the plan in January 2001 the users started day-to-day work in SAP system. At the same time in first weeks of functioning the system the BCC consultants supported the users in their work with  SAP and solving current essential and functional problems.

Project manager for Elite, Maciej Suliga, estimates: ‘The methodology of SPRINT implementation used in  our project allowed to significantly reduce the time of implementation. But it must be stressed that it was possible also thanks to very good preparation of BCC consultants and BCC expertise in organizing and managing such a complex project as an implementation of an integrated IT system’

In terms of sales efficiency for Elite the start of EDI solutions was vital (electronic data interchange) with key partners, namely trade chains. EDI solution in Elite prepared by BCC was based on SAP technology – Business Connector.

SAP confirmed the efficiency of the organization and  processes in Elite that needed a tool enabling further development. SAP enabled gathering data for all the company in one database, available to logistics and  on the level of operational  process as well as finance specialists during taking management decisions.

Apart from hardware advantages guaranteeing constant system availability, so important in production companies with shift-work model SAP enabled an access to the data entered one time only from particular locations to all users while also concerning the varied access rights.

A rich functionality of materials management was enriched by a characteristic for Elite the possibility of creating material specifications for complex products. This enables creating products of any structure and automatization of materials delivery processes and cost settlement.

SAP implementation also meant significant advan-tages for the team of finance analysts, who gained tools for efficient and effective processing data of management information both in production area and profitability and treasury.

The possibility to create flexible sale and profitability reports for the combination: product/customer/ sale area was especially valuable.

Apart from functional advantages the implementation project, especially the methodology that took advantage of a preconfigured system with a ready documentation and project tools, made it possible for Elite to start the system six months after the decision about implementation was taken.

The implementation was carried out at half cost of similar SAP projects executed in a regular way while it did not limit in any way the functionality  of the system or the possibility of developing it in the future.

Amir Levin, finance director in Elite, said: ‘Six months after deciding on implementation we have an efficiently working SAP system, covering the functionality we require. The costs were moderate and the time, six months, was much shorter than other SAP implementations I know of that that were executed in a regular way’.

Elite Cafe is one of the biggest coffee producers  in Poland  (brands Pedro’s, Optima, Fort and others) asn the only distributor of the Italian brand Lavazza. In the catering market Elite Coffee Services is the biggest provider of coffee (Elite and Lavazza brands) and devices to brew coffee.  Elite coffees are produced in the roasting plant in Swadzim near  Poznań, one of the most modern of such plants in Europe.