Support of SAP roll-out | All for One Poland
Search engine

Well-planned SAP roll-out not only for giants 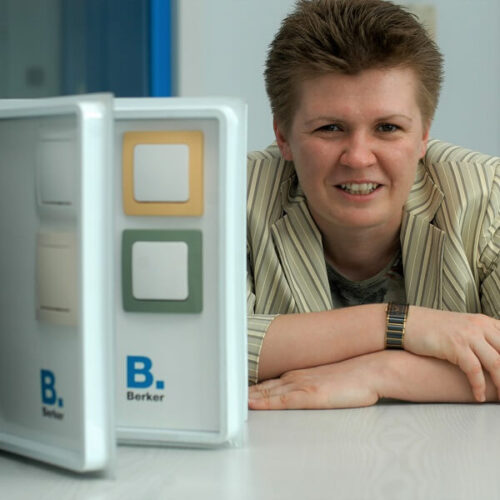 Many small units of international companies carry out implementations of SAP corporate system. Contrary to belief, it does not require great expenditure or organizational effort to make such a project satisfactory for both the unit and the headquarters.

SAP is used by the group’s headquarters – a German company Berker GmbH Co KG. Berker has its own SAP competence center, created during the implementation in the company’s headquarters, which supports all works related to SAP implementation and development in Berker group.

Specialists from the competence center are responsible for managing one central system for the whole group. From the group’s point of view such a model results in easier and cheaper administration as well as lower costs of maintenance and development of hardware platform for SAP system.

The decision on SAP implementation in Poland, taken at the beginning of 2005, was the result of the tendency to harmonizing IT infrastructure in the whole group.

Using the same ERP solution formalizes and unifies the processes supported by the system; they must run similarly in all the group’s units. It helps to move best business practices to other units. Reporting standards of units’ profit and loss are also unified.

Actual unification of processes and standards is made easer by the corporate SAP architecture itself; all units work on one so-called mandant of SAP system.

The plant in Kórnik is the only manufacturing unit of Berker outside Germany. Hence the project in Poland can be seen as a pilot one, an opportunity to gain experience to use in possible future projects of this type in Berker group.

The Polish unit of Berker regarded the plans of SAP impementation as an opportunity to take advantage of the headquarters’ experience, particularly to implement more efficient business processes in logistics (eg: using scanners for labeling in a warehouse, registering work time in production orders).

Like with many similar SAP implementation projects of roll-out type, there were doubts at Berker’s as to the way of executing the project. At first it was assumed that all the works would be performed by SAP competence center without assistance of an external consulting company, which would result in additional costs.

Berker Polska management insisted on such assis-tance, remembering its own experience from earlier IT projects and experience of many Polish companies that as a result of a corporate SAP roll-out have the system ill-adjusted to their needs.

A choice of the solution

In the second quarter of 2005 Berker conducted negotiations with three potential implementation part-ners, who presented their experience in supporting similar SAP roll-out projects and their suggestions of a support model for the project at Berker Polska.

‘BCC has convinced us that during SAP roll-out to Poland it is worthwhile arranging substantial support from a Polish implementation company. During negotiations we worked out a full model of the future implementation at Berker Polska, along with a clear division of the parties’ roles and responsibilities for the project’, says Hansjoerg Buerger from Berker GmbH,   a member of the project steering committee.

One of the arguments for local support was the lack of knowledge of Polish law on the part of Berker’s corporate consultants as well as the language barrier. The headquarters employees do not know Polish and not all the employees of Berker Polska who participate in implementation works speak fluent German.

Joanna Przybylak, member of the board of Berker Polska, says:
‘When selecting an implementation partner we took into account the experience in similar projects, including companies with German capital. BCC is highly competent when it comes to supporting SAP corporate implementations, confirmed by the opinions of satisfied clients that cooperate with BCC during SAP roll-outs’.

BCC has convinced us that during SAP roll-out to Poland it is worthwhile arranging substantial support from a Polish implementation company.

Besides experience in similar SAP projects, another argument for choosing BCC was also its location (Kórnik is 25 km away from BCC’s headquarters in Poznań). Another important point was BCC’s guarantee of future cooperation. With appropriate potential and a wide offer BCC can, if necessary, greatly expand the scope of its services.

In June 2005 implementation works started. They were coordinated by 2 project managers: for Berker Polska (Joanna Przybylak) and for BCC.

According to corporate concept, the scope of roll-outed SAP functionality was a wide one, from finance and controlling to a developed logistic area along with module of production planning (PP) and warehouse management (WM).

The role division in the project was clearly defined. The areas that could be supported by the implementation team in the headquarters became the responsiblity of Berker GmbH. Where the characteristics of a local solution resulted from legal regulations or communication in Polish was requireed, BCC took the responsibility of the area.

During the whole project the implementation team of Berker Polska employees and BCC consultants were in close contact with SAP Berker GmbH competence center.

Where given processes ran in the same way in Poland and in Germany and in a given area there was no local characteristics, it was possible to use the knowledge and experience of German partners and consultants supporting earlier implementation at the company’s headquarters.

Gain and use knowledge

Based on the experience from implementations in Berker group in other countries, the company focused on knowledge transfer. A third part of implementation budget, marked for local support, was set aside for training and workshops in SAP system. At least two people from every implementation area were trained; thus in case of absence there was somebody to fill in as a key module user.

Training was conducted by BCC consultants also in the areas where the implementation itself was carried out by corporate consultants.

Joanna Przybylak  comments: ‘It turned out to be true that it is more effective when a BCC consultant first gets to know corporate SAP model, and then they pass their properly adjusted knowledge to employees rather then when an employee who does not know SAP draws from the knowledge of a corporate consultant through an interpreter’.

Project management ensured that employees had also time for learning the new tool and that implementation works did not conflicted with their everyday duties. Such a strong stress on gaining knowledge about the system is reflected in the quality of work with the new solution and, consequently, the efficiency of both employees and the company.

‘One can say that at Berker Polska SAP system is very well used. Some SAP functionalities are used in Poland to a wider extent than in German, eg. during recording work time for executing single production orders’, says Joanna Przybylak.

In the project methodology some place was also provided for supporting the employees of Berker Polska by BCC consultants during productive start, which as scheduled took place in Janury 2006 r.

The support was carried out by BCC outsourcing department. Such a solution is a good one because all the time the employees had remote and competent help ensured without the necessity of consultants being actually present at Berker’s plant.

Better not to rush

One can ask why SAP roll-out to a comparatively small enitity took so long (from June to January, seven months), while many SAP corporate roll-outs in larger companies do not take longer than 3-4 months.
We dare say that speed does not always mean good performance and the time committed to implementation works pays as the quality of the solution obtained, inluding high-quality skills gained by the people who use SAP system to support their work.

People obviously need time to learn the new solution and method of work. The project method, on the other hand, requires systematic approach to running the works, regardless the project size (division into stages, checking work performance before going on to the next task, decision processes related to, for example, the need for organizational changes).

Moreover, in the case of Berker, a long time of the project was also caused by a wide range of modules to implement and some independent factors, namely summer holiday season.

The end crowns the work

As assumed, the most important effect of the described project is including Berker Polska into the unified IT and business model used in the holding.

The way of operation of Berker Polska, business processes and the model of supporting them by an IT system are unified and the same as the standards kept by Berker’s headquarters and units in other countries. Information on the Polish unit of Berker, like for all units covered by SAP, is available in one IT tool and at every moment, in a unified form without additional preparation on the part of Polish or German staff.

SAP implementation helped improve work. By adjusting to corporate standards, the employees of Berker Polska started using SAP system where before they had used MS Excel spreadsheet or other tools. Thanks to that their work has become more effective.

The new solution fully complies with Polish legislation. However, it does not generate additional maintenance costs (one corporate system, common hardware platform and common SAP administration for all Berker’s units).