SAP in Poland, Czechia, Slovakia and Lithuania | All for One Poland
Search engine 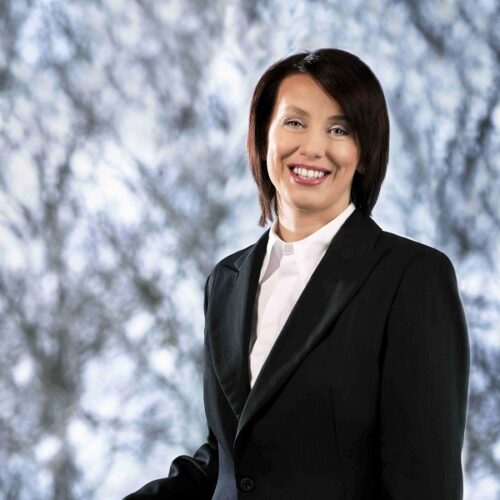 The SAP project at Antalis was the largest international SAP implementation so far carried out by a Polish implementation company. The enterprise, which lasted over 20 months, resulted in including 4 units of Antalis into the corporate IT system, thanks to which they can take advantage of best practices and, consequently, the synergy effect.

Operating on an international scale enables to share best practices among units in various countries. An opportunity for IT is centralization of managing the integrated system. Many corporations decide to choose one ERP system, which becomes standard for units in different countries. Implementing a corporate system is an opportunity to standardize business model. Of course, functional scope should not also eclipse legal or business differences between units.

Besides, central IT management helps save costs on the corporate level, as the systems are located in one place and administered by one team of specialists. Those are the assumptions adopted by Antalis for its IT strategy.

ARIES – not only for SAP

Besides SAP solutions ARIES is composed of:

ARIES is an integrated whole adjusted to Antalis’ area of operations. That is why ARIES may be a starting point for projects in next countries which will roll out the business model from the IT system.

Antalis’ IT strategy assumes that implementations in next countries are executed as roll-outs of the corporate system, but with consideration for local characteristics.

Units covered with the project

Therefore the company employs not only IT specialists from the headquarters and employees of its own units, but also local implementation companies and consultants to execute implementation.

Some solutions created during the project is then used by Antalis units in countries previously covered with the implementation; thus is the policy of mutual exchange of concern’s best practices enforced.

The project in Poland, the Czech Republic, Slovakia and Lithuania (C&EE) was a next phase in imple-menting this strategy. Before its start ARIES was used by Antalis’ headquarters in France and its Swiss unit.

Even during the project in Antalis C&EE the units in Belgium and Holland started using the system.

The project’s aim was to strengthen Antalis’ competitive edge in C&EE market. According to corporate strategy the aim was to be achieved through standardizing business processes and reporting procedures, transfer of best management practices and integrating departments and units in one IT system.

In summer 2005 the management of Antalis C&EE decided to entrust project support to BCC (now All for One Poland) company. BCC was chosen also due to good understanding with professional team of consultants, ensuring professional support for local characteristics by subcontractors in the Czech Republic, Slovakia and Lithuania as well as flexible tailoring to ARIES corporate methodology.

Joanna Smolińska, Antalis Managing Director for C&EE region, points out:
“For Antalis units it was a priority project. We expect that thanks to cooperation with BCC we will obtain an efficient tool which will give us comprehensive, detailed and up-to-date information on the profitability of particular products, distribution channels and market segments".

The project, started in September 2005, was an ambitious and complex enterprise carried out in four countries of the region simultaneously.

Tomasz Górecki, IT director in Antalis C&EE and project manager for Antalis C&EE, said:
”The scale of the project may be proved by the size of the implementation team: over 100 people from five countries with Antalis headquarters in France. The employees’ commitment and business knowledge coupled with BCC’s experience in managing SAP corporate projects and the consultants’ know-how will enable to start the solution which will support Antalis’ management in every respect and every country covered with the implementation”.

The project was coordinated by the management composed of representatives of the headquarters, Antalis C&EE and BCC. Joanna Smolińska was the project’s business sponsor.

Andrzej Jańczuk was project manager for BCC (now All for One Poland). BCC’s scope of works included co-creating a con-cept of final corporate model-based IT solution with allowances for local characteristics in each country, then configuration work, preparing and executing tests, supervising the preparation of master data, and ABAP programming.

The implementation was assisted by employees of third parties. In order to ensure SAP solutions com-pliance with legal regulations in the Czech Republic, Slovakia and Lithuania BCC employed local SAP consultants.

Non-SAP components of ARIES solution was the re-sponsibility of specialists from systems development companies.
Biggest challenges Main challenges were related to the project’s core: its international scale and the complexity of ARIES corporate solution.

The main technical difficulty was to ensure smooth work of interfaces between SAP and other ARIES components.

A challenge in itself was coordinating works and motivating such a large number of people from various countries, all the more so because Antalis’ employees performed their regular duties on top of project ones.

Project’s working language was English, although its level was quite varied. It is worth mentioning that English was a second language for all the people involved in the project.

According to Antalis’ schedule its units in Poland and Lithuania were to start using SAP in October 2006, while the Czech and Slovakian ones in January 2007. Finally the management decided to slightly postpone the dates of starting the system to prepare it better.

An important element of the project was ensuring that the final solution is adjusted to local conditions. These conditions refer mostly to local legal regulations (e.g. Slovakian law on recycling fund, i.e. settling tax on packaging or different ways to calculate and report VAT tax). Tailoring also concerned Antalis business characteristics in its units.

They differ in warehouse management organization or customer cooperation. Standardizing would not always help to achieve more; this had to be taken into consideration when creating a target solution.

Project manager says:
The project to roll out ARIES solution to four countries was an ambitious challenge, requiring often personal sacrifice from all project participants, both from Antalis and external partners.
Besides key technical areas related to integrating logistic and reporting processes in a few systems, an important issue turned out to be ensuring cooperation in a numerous international team. For nearly 2 years Lithuanians, French, Czechs, Slovaks, English, Germans, Polish as well as people from other countries had to cooperate, contributing their professional experience, business knowledge and also huge wealth of experience from local culture, history and national characteristics.
I am convinced that most people who met during the project may now be satisfied both with the result, helping Antalis develop in Central and Eastern Europe, and with the unique opportunity to work in such a diverse and inspiring environment. Personally I appreciate the latter aspect as much as professional development resulting from executing the project for Antalis.Andrzej Jańczuk
Project Manager, BCC

SAP is an international system; SAP AG provides tens of language versions in the standard, including Polish, Czech and Slovakian ones. Users can switch between them without difficulties.

The lack of Lithuanian version forced to work out a non-standard solution just for Antalis. All outgoing messages and documents were translated into Lithuanian; including invoices, orders, financial reports required by Lithuanian law.

Of course creating a Lithuanian version of all the system would have been too time-consuming, that is why SAP employees from Vilnius-based UAB Antalis Lietuva use the English version.

It was the Lithuanian unit of Antalis that was the first in the region to start using SAP in November 2006.

Next productive start was in December 2006 in Poland, then in March 2007 Antalis in Slovakia started using it, and finally at the beginning of April – the Czech unit.

One system, many advantages

The project’s resulted in producing a common IT and business model to employees in four countries who previously worked on various IT systems and had different procedures of operations.
Among more specific business results are the following:

Joanna Smolińska sums up:
”The project carried out with BCC and successful productive starts in 4 countries are next steps on the way to strengthening Antalis’ market standing in Central Europe. I congratulate all the members of the implementation team on such a successful execution of this complex project. I also thank the BCC consultants, whose knowledge and support were part of our success”.