In compliance with German tax regulations 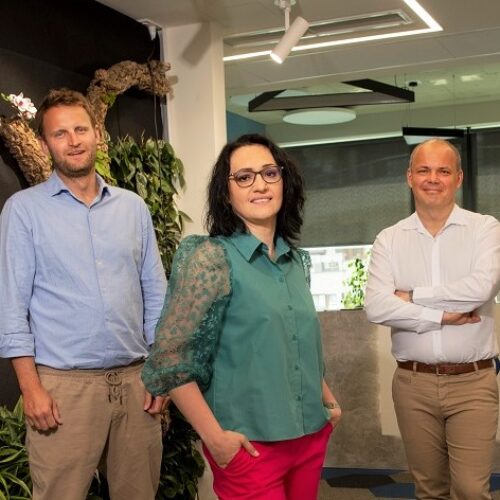 The Krakow Shared Services Center and the SAP Competence Center of Air Liquide E&C provide financial and accounting services as well as SAP maintenance support for German companies of the group, among other organizations. Carried out with the support of SNP Poland (now All for One Poland), the project of launching an additional non-leading ledger in SAP made it possible to meet the legal requirements of electronic tax reporting in Germany (the so-called E-Billanz). As a result, tax accounting is more efficient and generates fewer costs related to IT infrastructure.

The SAP Competence Center for Air Liquide Engineering & Construction is also located in Krakow. Its tasks include system maintenance and development as well as support for SAP key users (3rd line support).

Such a model of maintenance support for corporate SAP systems as well as financial and accounting services for a group of countries has become very popular in recent years. Poland – partly due to the availability of educated workforce and lower labor costs than in Western Europe – has become a frequently chosen location for such branches of large international corporations.

As part of SAP system development and optimization of business operations in the company, it was decided to carry out a project of launching an additional non-leading ledger in the SAP ECC system within one system (conversion consisting in making a copy of the already existing ledger and customizing it), for four company codes in Germany. The aim of the project was to enable accounting and reporting on the German market in the tax view, i.e. to meet the legal requirements for electronic tax reporting (the so-called E-Billanz). This required the introduction of an additional T1 ledger with historical postings that would enable further postings already in the SAP system (previously, tax accounting was performed in Excel, and reporting in an additional DATEV system). Transferring the above processes to SAP would increase the level of posting automation, standardize processes and simplify the IT architecture, thus facilitating and optimizing settlements with the German tax authorities.

The project started in November 2020. The go-live took place on April 16-17, 2021. Air Liquide’s project partner was SNP Poland (now All for one Poland), which used its in-house developed approach and CrystalBridge platform to carry out the migration work. The CrystalBridge data transformation platform was one of SNP’s important assets. The tools from the transformation module enabled the project to be delivered in a shorter time and with less resources. This was also possible thanks to high automation of work related to data migration and cleaning. I was responsible for negotiating the contract and agreeing on the commercial side of the project. My responsibilities also included booking the SAP GCC team for the project, as well as managerial control of the partial and overall results of the project implementation by SNP (now All for One Poland).
The reason why SNP was engaged for the project for AL E&C was the non-standard nature of the business requirement for which there were no competencies inside the SAP GCC team and, above all, no ready-made migration tools. The effort to build them internally on a one-time basis did not pay off economically.
The role of the SAP GCC Competence Center consists of two main pillars: ongoing application support, i.e. RUN (incidents, requests, corrections) and BUILD (evolutions and projects). My role, as the person responsible for this team, is to ensure that these two main areas are delivered at the right level and with the highest quality for the internal customer, that is the business.

Air Liquide Global E&C Solutions Germany GmbH is provided with accounting services by the shared services center in Krakow. An additional T1 ledger was to be activated in four more company codes. The company has long been using the New General Ledger and non-leading ledgers (0L general ledger, N1 non-leading ledger and T1 non-leading ledger, but not implemented in Germany). The number of entries in the table of accounting items (FAGLFLEXA) for the N1 ledger (which was to be the data source for the new T1 ledger) for the four company codes where the new T1 ledger had to be activated did not exceed 10 million records. Document splitting was not used for any of the four companies included in the project scope.

The goal of the project was to copy all N1 ledger entries for the four company codes into the T1 ledger and to activate it (initially, the T1 ledger is to be a 1:1 copy of the N1 ledger for all fiscal years). At this stage, additional customization was also required in the finance area of the SAP system. It was also necessary to create a new depreciation area in FI-AA (also a copy of the existing depreciation area) and link it to the new T1 ledger. Then, the T1 depreciation area data from 2018 and prior years were cleaned using the standard approach.

It should be emphasized that the T1 target ledger was previously used in two other company codes. This was important for the FAGLFLEXT and FAGLFLEX01 tables because the entries for the T1 ledger exist in FAGLFLEX01.

It was especially important to correctly copy the FAGLFLEXT table, whose key for the ledger depends on the FAGLFLEX01 table entries. First, it was necessary to adjust FAGLFLEX01 to be able to map the object number from N1 to T1. Entries had to be created for one logical system for which entries were missing for T1 but existed for N1. To do this, it was necessary to use advanced transformation functions (creating a new prerunner and forerunner).

One of the major project challenges was to make the necessary adjustments to the fixed assets. In the company codes covered by the migration, fixed assets were launched as early as in 1997. Since that time, a lot of changes have been made in the SAP FI-AA area, e.g. a separate numbering range was introduced exclusively for AA documents. Therefore, some documents had to be copied and mapped in a different way. Some AA documents were entered into the customer’s system in a specific way to meet the requirements of company codes, so for non-depreciation AA documents, four approaches to their migration were identified. The project was divided into six basic stages:

The project work schedule had to additionally take into account other parallel projects carried out on the customer’s systems so that the changes introduced to the production system would not conflict with each other.

My role in the T1 ledger migration project was to support project management as a representative of Air Liquide E&C. The main task was to provide coordination between internal stakeholders and to make sure that internal teams, such as the Global Infrastructure Operations (GIO) team and the SAP Global Competence Center team, were carrying out assigned tasks that were complementary to the SNP (now All for One Poland) tasks. A key task within my role was also to agree with the internal customer (business) the duration and date of the technical (maintenance) downtime to enable the migration to take place in the production environment, as well as to coordinate activities while building the migration plan with internal participants such as SAP Competence Center and Global Infrastructure Operations (Basis).

The first phase of the project involved preparing a solid foundation of project communication and documentation. During the work, which was carried out entirely remotely, we used Microsoft Teams, OneNote and MS Project tools. A key and strategic tool was SNP CrystalBridge Transformation Cockpit – a product that allows source data to be scanned, downloaded, adapted to requirements, and then correctly transferred to the financial ledgers. In addition to the appropriate extractors, the tool also has elements to support project management and the migration process.

During phases two and three, a concept document for data transfer and the necessary system changes was prepared, and then prototype tools and the required SAP customizations in the area of financial features were developed. This stage ended with the first test data migration. The migration results allowed the prototype to be properly adjusted and optimized so that it could be used for mass testing.

The next stage consisted in verification and optimization of the migration process to meet the time requirements (a very short time window was provided for the production migration – from Friday afternoon to Sunday morning. The corporate system is also used by branches in countries in the Middle East, where Sunday is a working day). The optimization and verification phase involved very precise planning of project operations and preparation of the so-called cut-over plan – containing a down-to-the-minute schedule of activities. Control tools and reports on the course of test migrations were the key input for the development of the cut-over plan. The quality and logical consistency of data during migration runs were verified using Data Consistency Verification (a solution developed by SNP).

A properly prepared production system, a project plan and communication tools allowed for efficient production migration and transition to the support phase of the first period of use of the ledger with new customizations. We owe the success of the project to the expert knowledge of the entire project team, including Air Liquide business experts supporting verification and testing, as well as very good communication and cooperation.

The newly implemented T1 ledger allows data to be posted and reported separately and independently of the existing views (IFRS and HGB), which is a legal requirement of the German tax authorities. This in turn allows for the generation and electronic delivery of mandatory balance sheet returns directly from the source (SAP system), bypassing Excel files and tax systems (DATEV). As a result, tax accounting is more efficient and generates fewer costs related to IT infrastructure.

Air Liquide is a world leader in gases, technologies and services for Industry and Health, Air Liquide is present in 78 countries with approximately 64,500 employees and serves more than 3.8 million customers and patients. Oxygen, nitrogen and hydrogen have been at the core of the company’s activities since its foundation in 1902. The Air Liquide Group has been operating in Poland since 1995.  It is a key producer and distributor of industrial, food, specialty and medical gases and related services, equipment and technologies.